City Water has worked with many communities across Wisconsin. Some of those include:

Check out some of our individual project results below:

The village of Bayside is a north shore community located along Lake Michigan and borders the city of Mequon. Bayside has historically been a ground water community comprised of subdivision wells, and individual home owner wells. A public water system was never installed in the village until the late 1990s when Wisconsin Gas Water Services installed a small voluntary system in the south east corner of the village. Since then, the public water system has slowly expanded. The City of Mequon purchased the water utility in 2009 and entered into an inter-municipal agreement with Bayside allowing the City to own and operate a public water utility in the Village.

The southwest corner of Bayside had a mixed bag of water systems, and serious water quality issues. A small portion of the area was served by the public water system (Mequon Water Utility), while the rest of the area was a mix between subdivision well systems and individual wells. The subdivision systems were showing signs of failing, maintenance and treatment costs were skyrocketing, and similar to the individual wells, the water quality was undesirable. Several citizens wanted to connect to the public water system; however, the expense for extending the the public system was too costly. Something needed to be done.

A citizen group led a grassroots effort to build support for the water main extension project throughout their neighborhood. Working together with village leaders, City Water, and Mequon, a creative solution was developed that would make the project affordable if enough residents agreed to connect to the public water supply. Starting with only a small neighborhood interested in the project, one citizen distributed educational materials, internet surveys, conducted neighbor meetings, and door to door visits to help expand the connection area, and increase neighborhood participation. The increase in project participation along with a creative financing package provided an affordable solution to their water problems.

City Water continued to support the citizen group by providing water main design, and construction management/inspection services for the project. Our creative design and strategic bidding procedures resulted in a significant savings to the project participants. It was a huge success for all involved. Here are a few excerpts on the project from Bayside:

Based on the initial cost estimates, the Village adopted a maximum assessment amount of $12,000 per benefiting residential equivalent unit. With the actual project costs finalized, the dollar amount per benefiting property has come in substantially less, as much as 48 percent less depending on the project area and financing option selected by the property owner… The key factor to the reduction of the cost per benefitting property was the economies of scale achieved through the growth of the (association). For example, had only 111 properties participated, the cost per home would have been $9,304.23 versus the $6,202.82 with 148.

City Water continues to work closely with Bayside, and community leaders, to identify future neighborhoods willing to participate in this grassroots effort to bring safe, reliable, and affordable drinking water to their community.

In 2009, Brown Deer established a relationship with City Water to operate as the contract manager for the Water Utility. Initially this consisted of City Water acting as the Utility Superintendent and providing an operator. In 2018, this relationship expanded to incorporate the vacated positions of utility clerk and second operator. Currently, City Water oversees all day to day operations of the Brown Deer Water Utility, resulting in significant savings to its customers. City Water’s understanding of customer expectations, combined with our knowledge of the water industry and experience managing and operating water utilities, results in providing the best service to Brown Deer’s customers.

City Water has successfully provided excellent services to the Village in a number of key areas including:

In the third quarter of 2018, the Utility Clerk for the Village of Butler retired. With the next water utility billing cycle approaching, there was not enough time to pursue the hiring process for a new Utility Clerk and get the next set of bills sent out in time. City Water offered to step in temporarily and fulfill the Utility Clerk duties in regards to billing, to ensure that the third quarter bills were sent out timely and accurately. With very little time to operate, City Water managed to obtain the meter reads from the Village of Butler and turn the reads around into bills within two weeks. By observing and running through the meter reading and billing process, we also are working with the Village to streamline and update their billing process to maximize efficiency in the future. 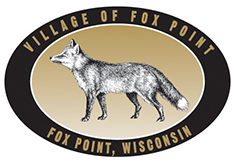 Faced with the loss of the water utility foreman in 2014, the Village contacted City Water to help manage and operate the water system on an interim basis. The Village and City Water signed a month-to-month agreement providing them with transitional services which afforded the Village the time they needed to analyze their water operations and determine the best option for the future.

In 2017, the Village of Kewaskum hired City Water to perform a Non-Revenue Water (NRW) study. Over the past several years, Kewaskum had been experiencing increasing amounts of NRW, culminating in over 50% NRW in 2016. As part of the study, City Water looked into all aspects of the water utility, including supply sources, metering, leakage, and the billing system. Preliminary results from the study show that pumpage has decreased significantly since City Water investigated the system, indicating the NRW should significantly decline in 2018 and in the future. 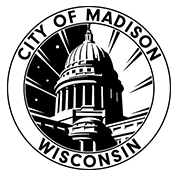 The AMI Project Team consisted of City Water and Clark Dietz staff, and key Utility personnel from various departments within MWU to develop, analyze, select, and implement an AMI system that will last for 20 years. Key aspects of the project included:

City Water’s creative approach to the project resulted in an improved business strategy for the utility. The new AMI system will allow MWU to improve their management and operation of their water system by improving customer service, Utility cash flow, and commitment to water conservation.

City Water worked closely with MWU in implementing the new technology and instilling the positive change in Utility operations including:

In 2009, Mequon established a partnership with City Water to manage and operate the newly acquired water utility. City Water worked with the City of Mequon to establish the first municipally owned volunteer water utility in Wisconsin. Together we developed unique franchise rules that were approved by the Public Service Commission to govern the operation of the water utility.

City Water was a key influence in the decision to interconnect the Mequon Water Utility with both Milwaukee Water Works and North Shore Water Commission. This allow the utility to maintain complete adequacy of supply, even if we would lose one of the two water supplies. The addition of this system loop, and the associated water booster station, also improved water quality standards, and increased system reliability.

In 2015, the Mequon Water Utility received the Utility Achievement Award for completion of the 2015 Bayside Water Main extension. This project initially started as just one small neighborhood but expanded to over 140 new customers and 10 miles of new watermain. City Water played a key role in the execution, design, and management of the project, as we paired with Foth Infrastructure on the design and work closely with the Village of Bayside and customers to ensure the best possible outcome. Because of the expansion in project scope, significant cost reductions were seen by new customers, as the new capital costs were able to be parsed among more people. In the end, the project saw up to 48% reduced costs to individual customers from the initial projections, while delivering safe, high-quality drinking water to a number of new customers, all while managing cooperation between the multiple interests of customers, the Mequon Water Utility, and the Village of Bayside. 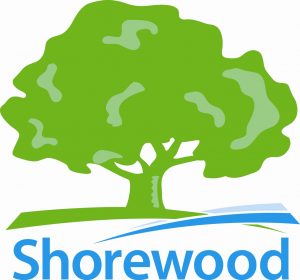 Faced with the loss of the water utility superintendent, the Village contacted City Water to help manage the water system on an interim basis. The Village and City Water signed a month-to-month agreement providing them with transitional services which afforded the Village the time they needed to analyze their water operations and determine the best option for the future.

Besides providing management services, City Water has provided engineering design services for the Village on a number of projects. 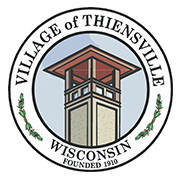 Located inside the city of Mequon, the water supply in Thiensville became an issue of concern among the residents and politicians in early 2000. Two subdivisions had recently received compliance orders from the Department of Natural Resources due to high arsenic levels in the supply wells. City Water collaborated with key stakeholders from the Mequon, Thiensville, and the individual water trusts to develop a creative solution to providing public water supply to the residents. An inter-municipal agreement between all parties was formed and utilized local municipal funding sources to help residents finance the design and installation of the water main.

Village financing was the key in allowing the diverse group of homeowners to move forward with solving their water supply problems. The solutions is a win-win-win for all parties involved. Mequon water utility increased their customer base; Thiensville solved a water quality and quantity problem while increasing the property value of their homes; and the residents benefitted from the supply of safe, reliable drinking water.

City Water staff also worked together with key stakeholders to help optimize the design of the project which reduced the construction costs resulting in a lower connection for the residents.

Water supply for these projects along with others in Thiensville is now provided via retail service from the Mequon Water Utility. As such, the residents benefit from treated Lake Michigan water through the city of Milwaukee and the North Shore Water Commission.